The humanitarian crisis in Yemen remains the worst in the world. In 2019, an estimated 24.1 million people – 80% of the population – are in need of humanitarian assistance or protection. Some 14.3 million are in acute need of assistance. This man-made disaster has been brutal on civilians. Currently, more than 20 million people are food insecure while a staggering 7.4 million people do not know where their next meal is coming from and are at risk of famine.

An estimated 4.3 million people have fled their homes since the start of the conflict, including approximately 3.3 million people who remain displaced and 1 million returnees. Public services are degraded, only 51 percent of health facilities remain fully functional and medicine and equipment are limited. Cholera in Yemen has affected 1.7 million people and 3,502 lives have been lost since the start of the outbreak. Access to safe water has become a major challenge and the lack of proper sanitation has increased the risk of communicable diseases.

Among the 4.3 million displaced people, about half of which are women, 27 percent of whom are below age 18. With limited shelter options, displaced women and girls are paying the heaviest price; they tend to suffer most from lack of privacy, threats to safety and limited access to basic services, making them even more vulnerable to violence, such as domestic violence, intimate partner violence, sexual exploitation and abuse, harassment, child marriage, and forced marriage.

The severity of needs is deepening, with the number of people in acute need a staggering 27 percent higher than last year. Two-thirds of all districts in the country are already pre-famine, and one-third faces a convergence of multiple acute vulnerabilities.

Our latest mission to Yemen in November 2019 consisted of 22 MedGlobal medical professionals from 8 different countries.   The mission was a combination of medicine, surgery and education in various training modules.  Volunteers worked in Hadramout, and Marib governorates. Over 1000 patient consultations were performed, 80+ surgeries and over 200 surgical consultations.  MedGlobal’s key training programs, Helping Babies Breathe and Adult US, continue to be implemented by training over 60 participants.  We will continue our missions to Yemen, continuing to build capacity and sustainability through training programs and patient care.

Approximately 19.7 million people need health assistance in Yemen – an increase of 3.1 million people in the last year – with 14 million people in acute need. Assessments indicate that 23 of Yemen’s 33 districts face levels of severe need due to poor access to health services, displacement, and deteriorating socio-economic conditions. Specific vulnerable groups include children, women, girls, elderly, IDPs and marginalized people. The conflict has devastated the health care system, with 49 percent of health facilities are not functioning or only partially functioning due to staff shortages, lack of supplies, inability to meet operational costs or limited access. Fewer specialized staff is working in district and tertiary hospitals: 53 percent of health facilities lack general practitioners, and 45 percent of functional hospitals lack specialists.

There are ten health workers per 10,000 people in Yemen – less than half the suggested WHO benchmark. Most equipment in hospitals is non-functioning or obsolete, and many health personnel have not received regular salaries for two years.

Medical and Surgical Missions coming in 2020

With MedGlobal’s registration in Yemen, we are committed to provide health care services to the millions of Yemeni people currently affected by the civil war. 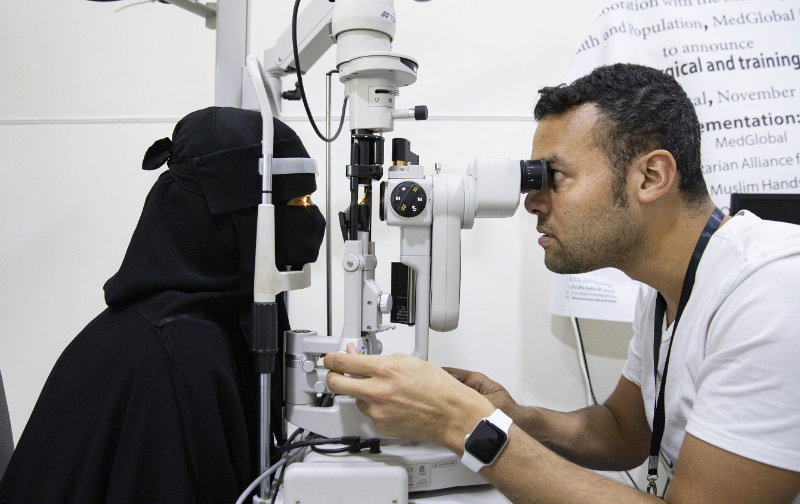 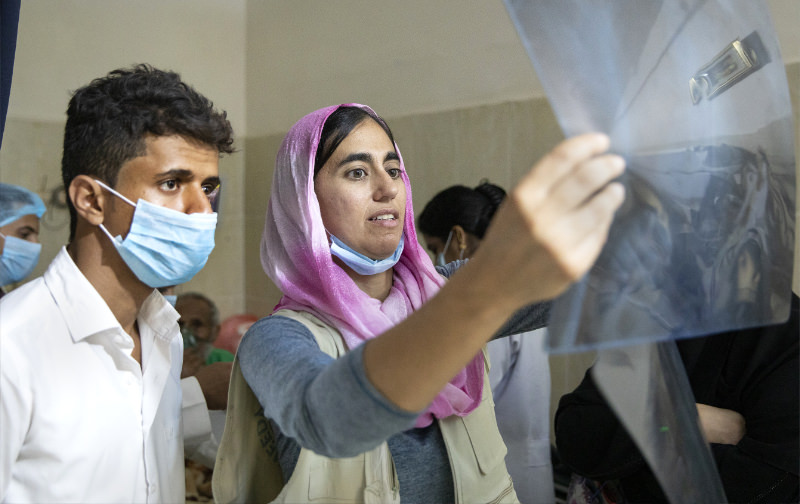 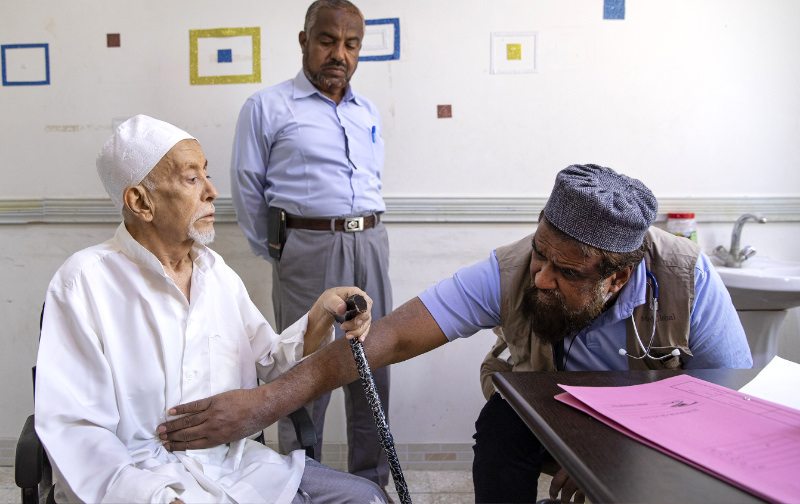 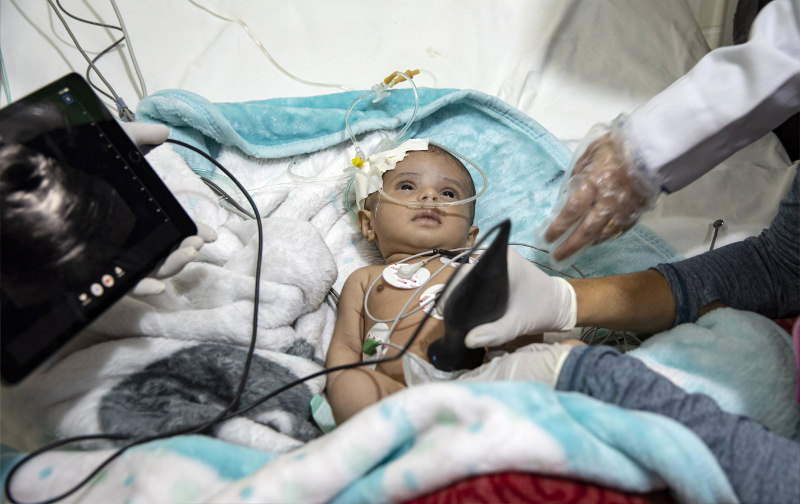 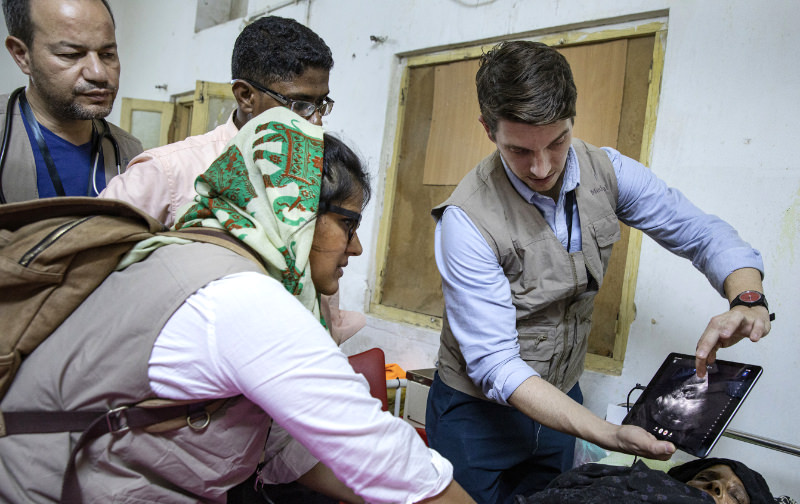 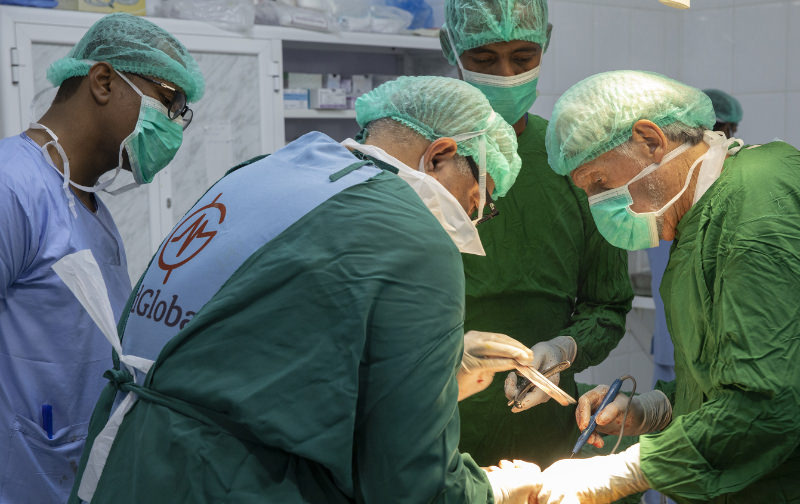