Since 2015, more than 1 million refugees and migrants have been registered in Greece. The majority are from Afghanistan (40%), Syria (27%) and the Democratic Republic of the Congo (7%). Of these, more than 100,000 refugees have passed through Lesvos Island.  Since 2018 MedGlobal, in partnership with Kitrinos Healthcare, works to provide primary care services to the refugee population on Lesvos Island in the Philos Kleepno Primary Care Clinic, part of the Greek government’s Emergency Health Response to the refugee crisis. We have deployed over 75 volunteers to provide care in general medicine, obstetrics, and pediatric health. We also continue to support ongoing operations with medications, supplies, and medical equipment.

There are currently over 11,000 refugees housed on the islands of Lesvos, Chios, Samos, Kos, and Rhodes. There are more refugees coming through the north-eastern Greek border from Turkey every day.
According to IOM, through July 15, 2018, the total number of sea arrivals to Greek territory since January 1st is 14,678. April remains the busiest month for irregular migration by land and sea to Greece, with a total of 7,009 men, women and children arriving. February was the lowest with 1,610.

Since 2015, over 100,000 refugees have passed through Lesvos Island. There are 2 refugee camps on the island. All new arrivals are brought to the largest and main camp, Moria, outside of the city of Mytilini, where they are registered and given a full medical screening. The Greek Police and Army oversee the running of the camp and Keelpno is the governmental organization that is responsible for the refugees’ healthcare on Lesvos.

This mission is conducted in partnership with the Philos Keelpno project, the Greek government’s Emergency Health Response to the Refugee Crisis. They have run the camps since mid-2017.

MedGlobal delivers primary care services to the refugee population in the Philos Kleepno primary care clinic. We are looking for general and family practice physicians and nurses who are comfortable treating either children or adults. There is a minimum 1-week commitment. Mission dates are ongoing. 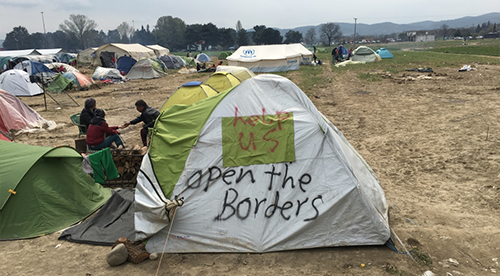 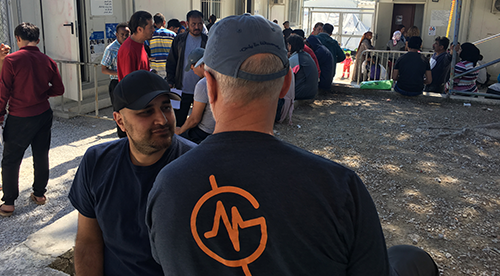 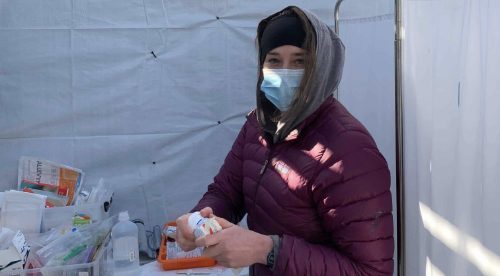 This work is licensed under a Creative Commons Attribution-NonCommercial-NoDerivatives 4.0 International License
We use cookies to ensure that we give you the best experience on our website. If you continue to use this site we will assume that you are happy with it.OkPrivacy policy