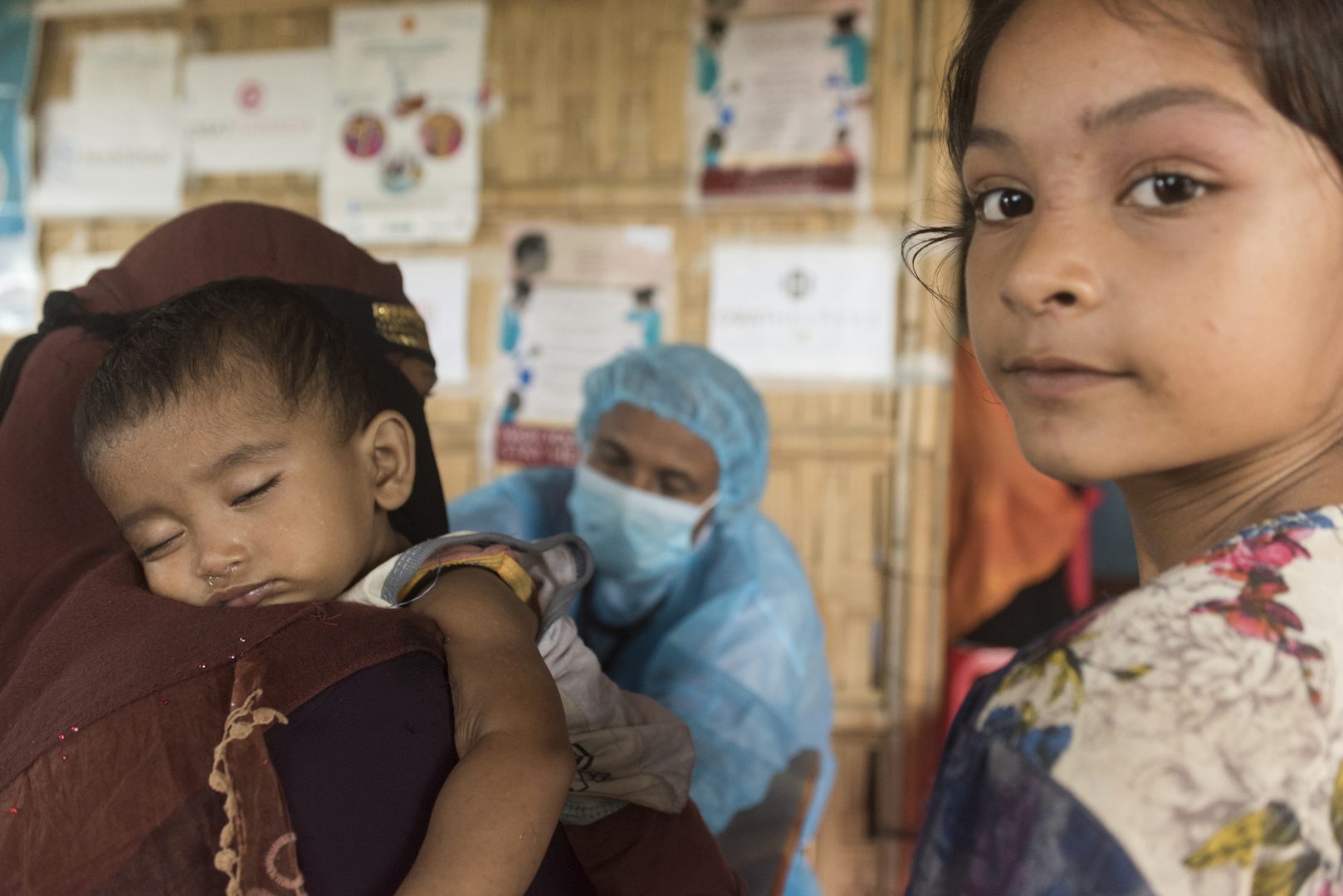 The Rohingya people have faced decades of systematic discrimination, statelessness and targeted violence in Myanmar. Such persecution has forced Rohingya women, girls, boys and men into Bangladesh for many years. Yet it was August 2017 that triggered by far the largest and fastest refugee influx into Bangladesh. Since then, an estimated 745,000 Rohingya—including more than 400,000 children—have fled into Cox’s Bazar.

In Myanmar, entire villages were burned to the ground, families were separated and killed. Most of the people who escaped were severely traumatized after witnessing unspeakable atrocities. These people found temporary shelter in refugee camps around Cox’s Bazar, Bangladesh, which is now home to the world’s largest refugee camp. The living conditions in these camps are grim with lack of sanitation and medical facilities, extreme overcrowding, and poor water quality.

MedGlobal life-saving projects will have to close this year if we don’t raise the funds to save the facilities.

MedGlobal Health Post in Camp-24 is the only Health Post in that camp where 27,360 Rohingya refugees live. The health post also serves the local Bangladeshi populations living nearby, totalling about 1500 patients per month. This HP must remain operational to continue providing primary healthcare services.

Over the last year, our Maternity birthing center has become a game-changer for Rohingya refugees. 90% of pregnant women in this community used to deliver at home, but now we’ve been able to reach 45%. MedGlobal provides a full range of maternity care through this center, including daily health care awareness sessions.

Without your support we will be forced to shut down these center’s that are a lifeline for Rohingya refugees.
Join us in providing life-saving healthcare in Bangladesh.

Get the latest updates on our critical health work