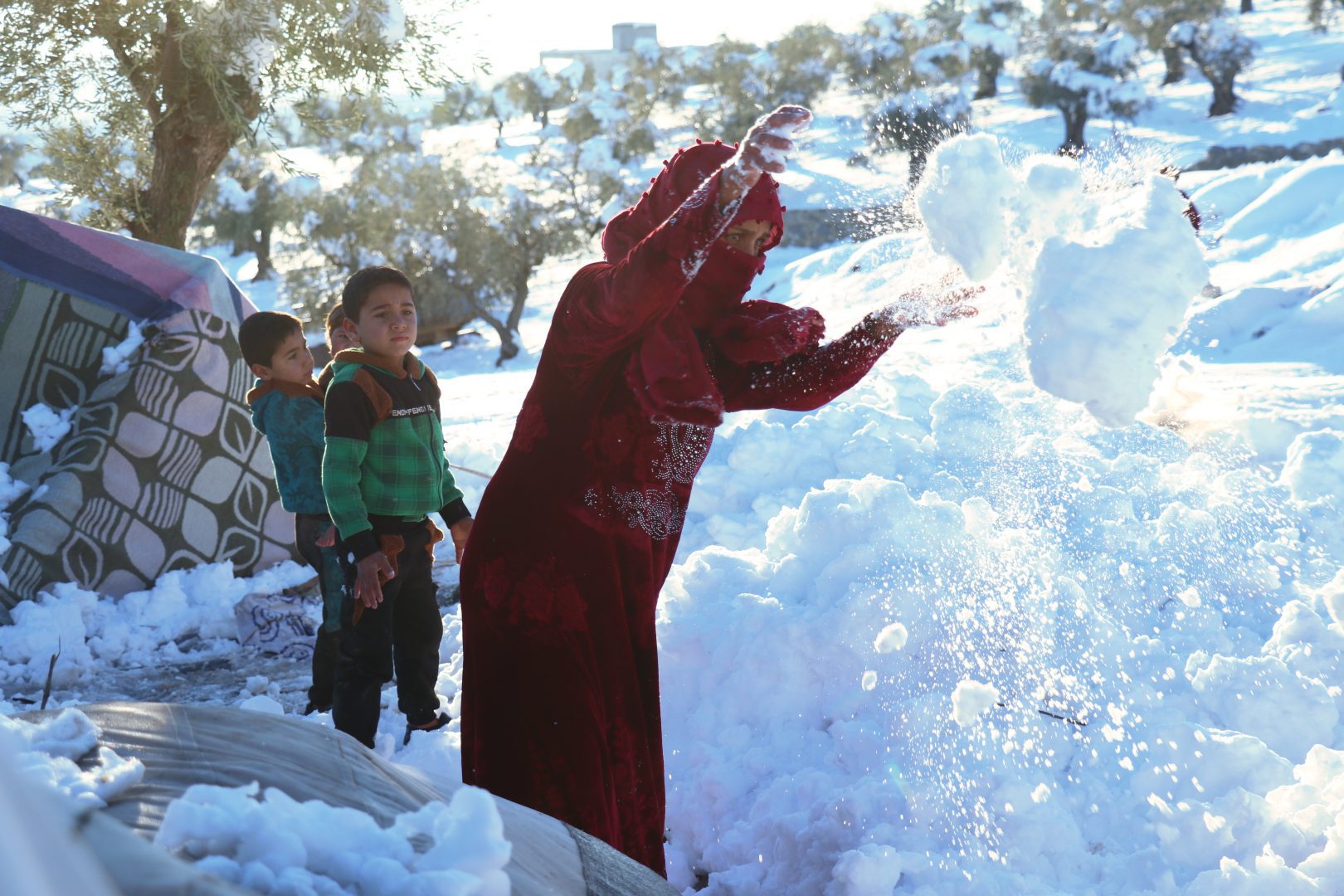 The war in Syria, dating back to 2011, has caused one of the largest displacement of people ever before in human history. Over the past 11 years, more than 6 million Syrians have been internally displaced in the country and an additional 6 million have sought refuge in neighboring countries such as Lebanon, Jordan, and Turkey to escape the conflict and its resulting violence. To this day, no less than 350,000 Syrians have perished from this war, a staggering figure that is likely a low estimate.

Human-induced climate change was and continues to be a major factor in the longevity of the Syrian conflict, stemming from extreme drought in the region which contributed to large-scale migration and displacement, and aggravating the already unstable socio-economic conditions and increasing risks of civil strife. Three major droughts have struck the region since the 1980s, with the most recent occurring between 2006 and 2010, considered by many to be the worst multi-year drought in modern history. Dramatic decreases in precipitation in tandem with increasingly hot temperatures resulted in decimation of agricultural lands and desertification and a massive displacement of nearly 2 million people from rural to urban locales. Such environmental conditions brought on by climate change have exacerbated the civil conflict and economic instability in Syria as we know it today.

In light of the ongoing conflict, increasing political destabilization and economic downturn, internally-displaced people (IDPs) in Syria and Syrian refugees live a life of increasing vulnerability, particularly as humanitarian aid dwindles due to the long duration of this crisis. Outside of Syria, another country in which MedGlobal works in, Lebanon, hosts more than 850,000 refugees, more than many other nearby country according to UNHCR. Across the country, humanitarian needs are increasing among Lebanese citizens and Syrian refugees alike, with more than 75% of the population estimated to be living in poverty. Without the comfort of their homes for more than 10 years now, IDPs in Syria and refugees in Lebanon are forced to reside in informal tented settlements that are often unorganized, dirty, and lacking essential health resources. The Al-Hol camp located in Northeast Syria is the largest camp in Syria and houses roughly 65,000 individuals. This camp is infamous for its abysmal living conditions, restricted access to medical care, and limited availability of basic needs such as clean water and hygiene products. Unfortunately, this example is illustrative of most camps located in Syria and Lebanon in which the families and residents of camps lack adequate and appropriate housing and access to essential resources and healthcare.

The informal housing structures, typically tents, that IDPs and refugees live in are often ill-equipped for and susceptible to harsh weather events and environmental catastrophes. Exposure to the harsh conditions of heat, cold, and extreme weather poses a significant threat to the health and well-being of individuals residing in camps in Syria and Lebanon where MedGlobal actively works with displaced populations. These extreme weather conditions further exacerbate their vulnerable status as displaced people lacking essential resources to sustain healthy and untroubled lives.

Get the latest updates on our critical health work